When a terrible secret comes to light, one man’s obsession with revenge may bring about outcomes he never expected.

When a terrible secret comes to light, one man’s obsession with revenge may bring about outcomes he never expected.

Cyrus Atkins had never been close with his sister. That is, until she confides in him about something awful that was done to her. Unable to get the thought out of his head, Cyrus finds himself spiraling down into a perfect storm of anger and fixation. He wants vengeance, not only for his sister, but for the other victims.

But he knows that taking his revenge will change him, alter his life in an irreversible way. Will Cyrus take the plunge into darkness? Will he catch the hawk, or will it slip from his grasp before he can exact his vengeance?

Author Joel E. Crosby offers readers a tantalizingly chilling tale of rage, revenge, and bloodshed. Readers will be captivated by this intimate look into the mind of a man desperate for justice in, “Fly Away Hawk, Before I Catch You”.

Let us know what you think...

One review with a 5-star rating

Continue as a Guest

Continue as a Guest 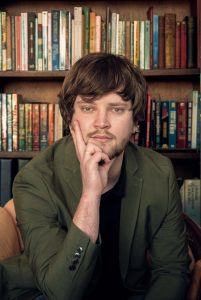 Joel E. Crosby (@JoelECrosby) is the author of ‘Fly Away Hawk, Before I Catch You‘ and ‘The Boy And The Fox‘. Soon, he will publish ‘Just To Talk’.
Read more→ 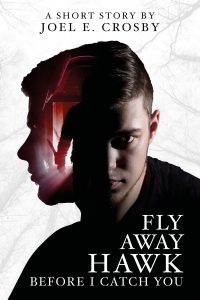